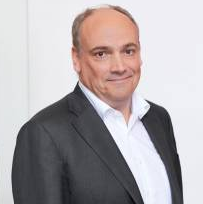 Rolf Habben Jansen was born on 27 August 1966 in Spijkenisse near Rotterdam.

He graduated in Economics from the Erasmus University in Rotterdam in 1991. In the same year, he embarked on his career as a trainee at the former Dutch shipping company Royal Nedlloyd. He held a number of different positions both there and at the Swiss logistics firm Danzas, before the latter merged with DHL, the subsidiary of Deutsche Post AG.

From 2001, he was responsible at DHL for contract logistics for large parts of Europe, and from 2006 he was in charge of the services group’s 100 most important customers as Head of Global Customer Solutions. As Chief Executive Officer from 2009, he spent five years heading up the global logistics company Damco.