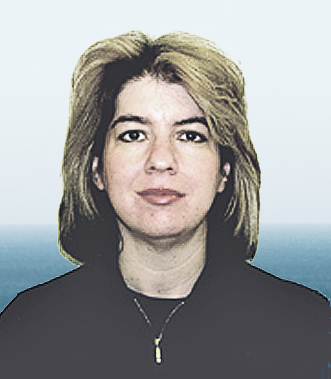 Natalie has been the Director of Employment Affairs for the International Shipping Federation and International Chamber of Shipping, since March 2003.In her role she represents the industry on all Employment Affairs matters and coordinates Industry positions at the ILO, IMO, EC, WHO and other UM bodies as appropriate. She was actively involved in the development and implementation of the Maritime Labour Convention 2006 and discussions on the ILO minimum wage, Crew Claims and Abandonment, Revision of STCW and concerns related to Piracy to name but a few areas. Natalie is also a trustee for Seafarers UK.

Natalie is also actively involved with The International Seafarers Welfare Assistance Network (ISWAN) of which she was a Board member for a number of years for both its previous operations namely ISAN and ICSW. She is currently part of their Piracy subgroup formed since the integration of MPHRP under the charity. She is also Secretary of the Shipowner Group at the International Labour Organisation. She is also a voting member of the Board of Deputies of British Jews and gets actively involved in interfaith and diversity projects.

Natalie was previously a Trustee of Sailors Society and Chair of the Welfare and Chaplaincy Committtee. Her greatest personal pride was in leading their efforts in developing a project to provide housing and accommodation in the Philippines post typhoon Haiyaan which resulted in housing, medical centres, and assistance to schools hit by the event. This activity was driven by seeing the realities after the Indian Tsunami 10 years ago and a lack of coordination to expedite assistance to seafarers’ families at the time.