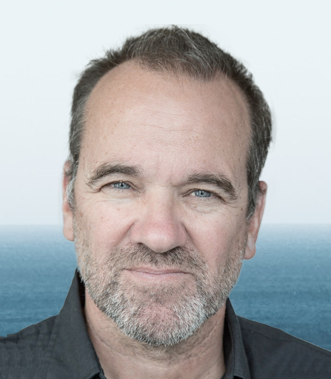 Founder of One Earth - One Ocean e.V. (OEOO)

Günther Bonin is founder of the association One Earth – One Ocean e.V. (OEOO). He sails since his youth, even long distances on the oceans. It always bothered him to bump into plastic waste even in the most remote places. When he was about to transport a famous sailboat from Vancouver Island (Canada) to San Diego (USA) in 2008, he got into a big plastic whirlwind. He decided to do something about it. He quit his job as head of an IT company, thought about the concept of „Maritime garbage collection“ and founded 2010 with friends OEOO.  He developed the MS Seekuh, a unique cleaning ship that can fish with special nets plastic waste from waters. 2016 was the launch of the first manatee. Other work areas of the association are public relations and educational work on waste prevention and the study of microplastics. More than 100 companies and individuals, including the Röchling Foundation and Deutsche Telekom AG, support the non-profit association. In 2013, Bonin won the GreenTec Award, Europe’s most important environmental prize, for the concept of „Maritime waste collection“.