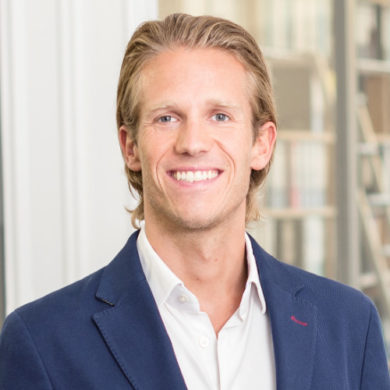 In December 2009 he and his brother Fabian founded DailyDeal – the first European couponing portal -which they sold to Google after 22 months. In early 2013 Fabian and Ferry repurchased DailyDeal from Google, turned it profitable and sold it again in late 2015. In early 2016 Ferry co-founded FreightHub – the digital Freight Forwarder of the 21st century – which he is leading as CEO.

Since 2011 Fabian and Ferry Heilemann have also been active early stage VC-investors in Europe through their VC firm Heilemann Ventures. They conducted 25 direct investments until the end of 2015 and exited 6 companies. In April 2016, Heilemann Ventures merged with Earlybird Venture Capital. Together, the firms offer a strong value-add to their portfolio companies derived from a combination of a hands-on entrepreneurial track-record and a strong capital supply.

On a personal level Ferry is passionate about the topic of climate change and finding ways to create a more sustainable society.