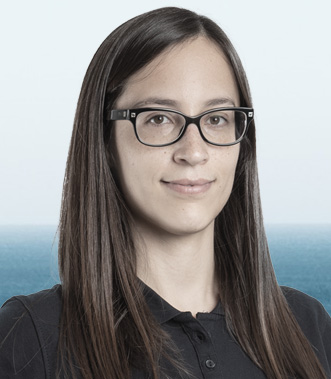 Co-Founder and COO at bound4blue

Cristina Aleixendri holds a MSc in Aerospace Engineering (Polytechnic University of Catalonia, 2014) with the specialization in propulsion. She is an entrepreneur with a 5-year experience in the field of tech-based industrial startups with a good knowledge of the industries of shipping, fuel efficiency technologies, renewable energies and hydrogen technologies.

She is co-founder and COO at bound4blue, a Spanish startup that has developed a rigid wingsail system to reduce the fuel consumption of the shipping industry by an average of 30%. This is critical for an industry looking for more efficient propulsion systems and emissions reduction to meet upcoming international regulations. The project is in a commercial stage nowadays but it was previously incubated by the European Space Agency and has received several awards such as being labelled by the Solar Impulse Foundation as one of the 1000 solutions. Cristina has presented bound4blue in several events and forums, including COP24 Climate Summit (Katowice, Poland, 2018) and the Hemicycle of the European Parliament – TOP 50 (Brussels, Belgium, 2017).

Cristina was selected in 2017 as one of Europe’s TOP 50 Entrepreneurs, a prize organized by Knowledge 4 Innovation and the European Comission, and she has received the 2019 edition of the Forbes 30 Under 30 award, featuring the 30 brightest Manufacturing and Industry entrepreneurs under the age of 30 in Europe.

Due to her current activity in bound4blue, Cristina has participated in different national and European R&D programs and has filled more than 4 patents in the field of wingsail design and their use for alternative applications such as hydrogen generation. Moreover, she is co-author of four research papers related to the use of the wingsail technology for various applications.

Before founding bound4blue, she worked as a researcher for the Polytechnic University of Catalonia, carrying out thermal and electromagnetic interference analysis using FEM software.